Last night we took the family to see Star Wars a New Hope only the music was stripped out of the movie and was played live by a full symphony. We had seen John Williams conduct in Nashville last year so this seemed like a natural sequel to that grand event. It was surprising how little time there was for the musicians to rest as Star Wars is almost entirely covered with score. I’ve heard all of the stories on how the movie was a dog until the music came in to save it, but I see most movies as saved by the emotional depth provided by the score. 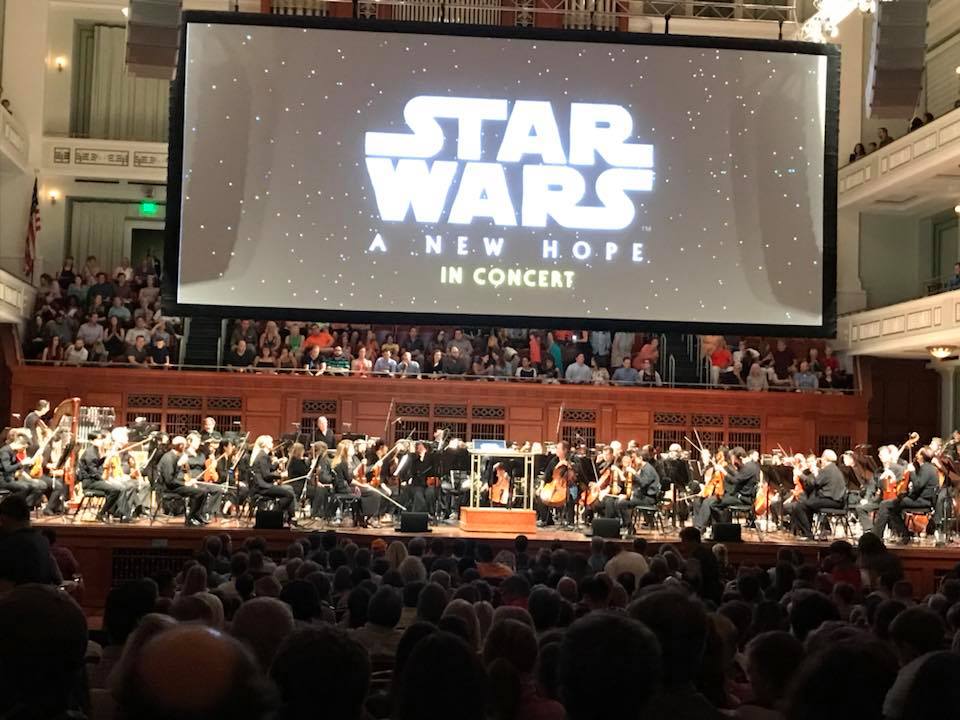 What still amazes me about Star Wars is that it’s the movie that shouldn’t exist. While most consider The Empire Strikes Back as the best film in the series, I think that’s an easy task compared to ever getting Star Wars off the ground. There was nothing like it in 1977, where post 60s cynicism ruled with titles like Annie Hall and Chinatown. When the movie went to the cantina, there was Hammerhead and Greedo and I was transported to the summer between 5th and 6th grade. What amazed me is how William’s score saw things in the story that aren’t immediately understood by just the visuals. He gives characters themes, locations an atmosphere and is always putting things into context. The score tries to get us to feel what Lucas feels.

Finally, I would like to see the whole Star Wars movie without a score, just to provide contrast and a few laughs.